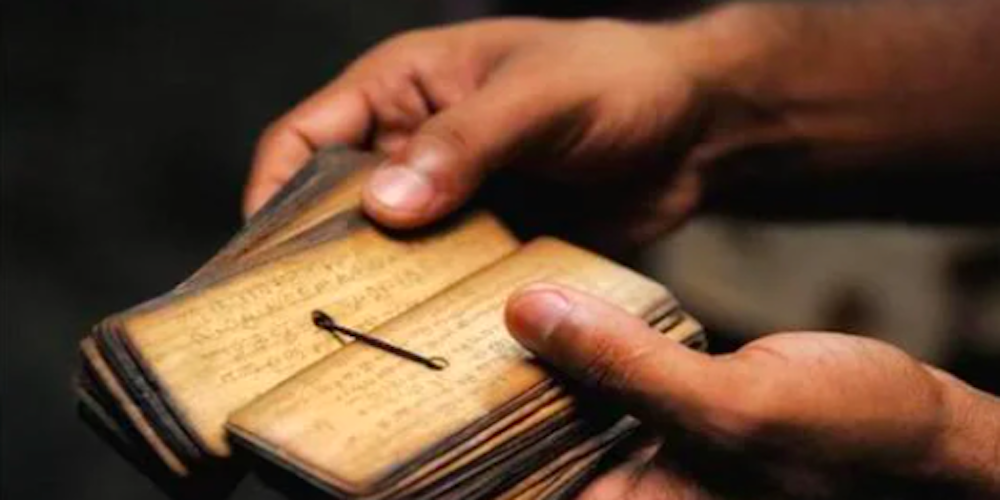 Inaugurating the three-day Utkarsh Mahotsav, organized by Central Sanskrit University in New Delhi, on May 7th, 2022, Union Education Minister Dharmendra Pradhan has said that Sanskrit is not just a language, it is an emotion. Our knowledge and wisdom are our wealth. The onus is on all of us to take our civilization forward for centuries and achieve the ideals of ‘Vasudhaiva Kutumbakam’, he added.

The Minister highlighted that as envisaged in the National Education Policy(NEP, 2020), the Government has given importance to all Indian languages including Sanskrit. It has a great contribution in unifying various Indian languages and Sanskrit Universities will move towards becoming large multidisciplinary institutions of higher learning, he added.

The Minister cited that from the time of Hiuen Tsang to today’s Raisina Dialogues, the spontaneity, modernity and scientificity of Sanskrit need no proof. He shared his thoughts on the revival of the language of the Vedas i.e Sanskrit, Indianness associated with Sanskrit and the language based education system.

The Minister hoped that the deliberations held during the ‘Utkarsh Mahotsav’ will show the roadmap for the education system of the 21st century to make India self-reliant and pave the way for global welfare.

The objective behind organising the Utkarsh Mahotsav was to promote Sanskrit language across the country and beyond. The focus of the Mahotsav is – the New Educational Era – Moving towards a Global Orientation of Sanskrit Studies.

According to scholar Shree Nahata, studying Sanskrit is important for the following reasons:

Sanskrit was the lingua-franca of sciences such as mathematics, astronomy, and medicine in pre-modern India. Vedic priests were using the so-called Pythagorean theorem to construct their fire altars in 800 BCE. The differential equation for the sine function, in finite difference form, was described by Indian mathematician-astronomers in the fifth century CE. “Gregory’s” series π/4 = 1−1/3 +1/5 − … was proven using the power series for arctangent and, with ingenious summation methods, used to accurately compute π _in southwest India in the fourteenth century.

If we want to gain an accurate understanding of the scientific and technological achievements of Indian civilisation, a knowledge of Sanskrit is essential since virtually all pre-modern Indian scientists such as Caraka, Suśruta, Āryabhaṭa, Varāhamihira, Bhāskara II, and Mādhava composed their scientific treatises in Sanskrit.

Many of the foundational stories of Indian civilisation which still delight us today have their roots in Sanskrit literature: the story of Rāma and Sīta in the Rāmāyana, the fratricidal tragedy of the Mahābhārata, or Kṛṣṇa’s childhood and his love-affairs with gopīs in the Bhāgavatapurāṇa. If religion and science aren’t your cup of tea, despair not! Most Sanskrit literature is actually descriptions of beautiful sunrises, terrifying wars, and sweet love-making. There are great literary works in Sanskrit by the likes of Kalidasa and others. If students wish to make this rich world of feeling, beauty, and literary genius a part of their life, then they must learn Sanskrit.

Sanskrit is a grammatically perfect language with ten verbal-classes, eight cases, three numbers, and three genders . Sanskrit is one of the most well-structured and concise languages in the world. Consider the following English sentence: “I went to the shop to buy sugar”.

The prolixity of this eight-word English sentence is evident in the use of filler words such as ‘to’ and ‘the’. Expressing the same thought in a modern Indian language such as Hindi, one would say: “मैं चीनी खरीदने के लिए दुकान गया ।”

Though this Hindi sentence is one word shorter than its English counterpart, it is equally prolix. Suppose one were to express the same thought in Sanskrit: śarkarāyāḥ krayāya vipaṇim agaccham.

We need only four words! In addition to its intrinsic grammatical beauty, a knowledge of Sanskrit will help a student learn other Indian languages more easily since most Indian languages, including Tamil, borrow a large number of loanwords from Sanskrit.

As far as the first question is concerned, National Education Policy (NEP) 2020 hits the nail on the head:

“Sanskrit will thus be offered at all levels of school and higher education as an important, enriching option for students, including as an option in the three-language formula.” (NEP 2020: 14)

It is significant that NEP 2020 does not argue that Sanskrit should be made compulsory. Any attempt to impose Sanskrit on students is doomed to fail since many students prefer learning another Indian language instead of Sanskrit. However, as NEP 2020 states, Sanskrit should be made available as an option that can be chosen as one’s second or third language. In this respect, NEP 2020 significantly improves on NEP 1986 which, unfortunately, said virtually nothing about the role of Sanskrit in Indian education.

Furthermore, NEP 2020’s explicit mention of the importance of other classical languages such as Tamil and Kannada shows its commitment to preserving and re-invigorating the classical in these dreary post-modern times (NEP 2020 14-15).

With regard to the alleged discriminatory and elitist nature of Sanskrit, NEP 2020 constitutes a wonderful anti-dote. If successfully implemented, NEP 2020 will open up the study of Sanskrit to interested students from all religions, castes, races, and cultures. It is imperative that students from diverse social backgrounds are made to feel welcome in the modern Sanskrit classroom.

As far as Sanskrit pedagogy is concerned, the need of the hour is qualified teachers who can make language learning enjoyable. Too often, learning Sanskrit involves drowning in a sea of meaningless paradigms to be memorised. This approach ends up detracting students who would have otherwise enjoyed reading Sanskrit texts, Nahata says.

Similarly Oxford Scholar Mohini Gupta has praised the NEP’s importance to Sanskrit. According to her,Sanskrit is an important world language, the language that holds the potential to give people access to a variety of literature and knowledge systems. The wealth of literature and texts that exists in the Sanskrit language must not be discredited and there should be democratisation of Sanskrit education in a socially conscious and inclusive manner that can actually benefit the discourse and practice around Sanskrit language.

The general practice till now has been that the language has been used very much for religious teaching. But it is to the credit of the Modi government that there is now a new thinking about how the teaching of Sanskrit in schools and higher education can be more inclusive and how learning Sanskrit can fetch great jobs.