Many across the Globe doing Surya Namaskar Today 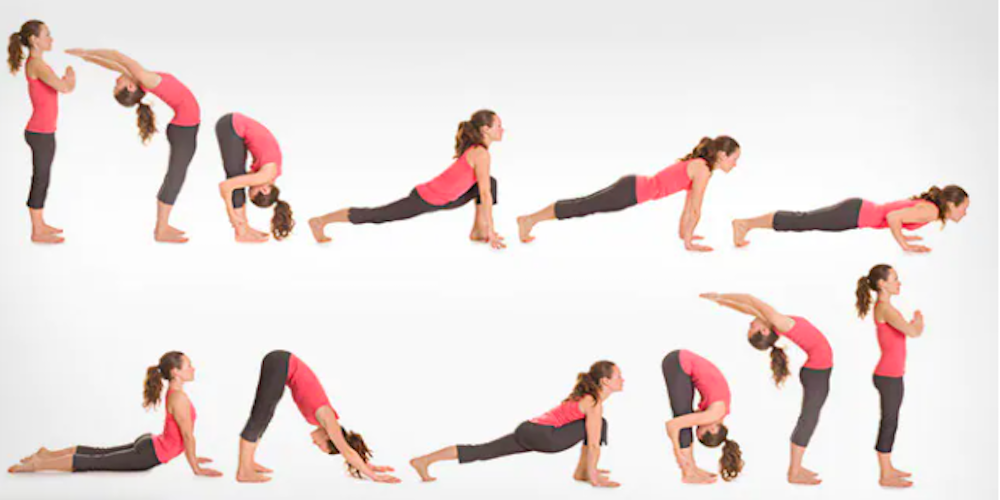 The Ministry of AYUSH is all prepared for the global Surya Namaskar Demonstration programme today, 14 January 2022, under Azadi Ka Amrit Mahotsav celebrations and is hopeful to see more than a crore people’s participation against the target of 75 lakh.

In a virtual press meet on 13the January, Minister of AYUSH Shri Sarbananda Sonowal said that Surya Namaskar demonstration on Makar Sankranti is more relevant in the current resurgence of Covid-19.“It is a proven fact that Surya Namaskar builds up vitality and immunity and therefore is able to keep corona at bay.We have set a target of 75 lakh people participating in the programme, but seeing registration and our preparedness, I am hopeful of crossing the limit of one crore,” he said.

“The Ministry of Ayush has launched this Programme under the direction and guidance of Prime Minister Shri Narender Modi.” he said.

In this virtual meeting, Minister of State for AYUSH, Dr Munjapara Mahendra Bhai said that Surya Namaskar rejuvenates Mind and body. “Yoga effects on molecular genetics are being studied” he said.

Secretary Ayush Vaidya Rajesh Kotecha said that this programme is a part of Azadi ka Amrit Mahotsav. “It is Surya Namaskar for Vitality, Jeevani Shakti Keliye Surya Namaskar”, he said.

All leading Yoga Institutes both from India and abroad, Indian Yoga Association, National Yoga Sports Federation, Yoga Certification Board, FIT India, and many Government & Non Government organizations are participating in this worldwide program. Celebrities and Sports personalities are expected to promote Surya Namaskar through video messages. Players and staff of SAI will also participate in the programme.

Participants and Yoga enthusiasts have been asked to register themselves on respective portals and will have to upload Videos of performing Surya Namaskar. The registration links are available on respective websites and are widely distributed by the Ayush Ministry.

Participants and Yoga enthusiasts can register themselves on the portals namely:

India’s ancient sages developed Suryanamaskar as a unique combination of physical and spiritual activity. Surya Namaskar is a 10-step combination of 8 poses, done with rhythmic breathing (Pranayama) and chanting Mantras . Besides being a great cardiovascular workout, Suryanamaskar is also known to have an immensely positive impact on the body, mind and intellect.

Sun represents life, energy, positivity, clarity, confidence, and more. Sun is the ever-present energy. Without it, creatures and beings on Earth can’t survive. Additionally, the sun is also an important contributor to life in the form of many nutrients it provides. Sunshine bring about positivity. Suryanamaskar is a way to pay regards to the Sun – the energy provider & the source of everything. Surya namaskar is not only a physical exercise but also a spiritual activity in which we offer our gratitude to the divine energy of sun by offering 13 Suryanamaskar with ‘mantras’ everyday.

We might be living longer in the 21st century, but are we really living better? Millions of people follow unhealthy lifestyle. Whether it’s sitting at their desks for too long, subjecting their eyes to uninterrupted hours of screen time on phones or desktops, children spending hours on different type of screen, ordering too many takeaways for dinner, or not finding enough time to catch those precious 8 hours of sleep,,, all these factors have led to people encountering major health issues, that affects not just their physical wellbeing, but also mental health, causing intense stress and anxiety.

While exercising is an effective way to combat these health issues, the ancient practice of Suryanamaskar is a much better way in battling modern lifestyle diseases.

Along with numerous health benefits, Surya Namaskar provides a stepping stone in the direction of a healthy lifestyle. Just the single act of doing the practice in the morning sets the tone for an energetic and positive day. The process of waking up early to workout 13 Suryanamaskar can enhance your productivity by giving you more time and energy for the things you enjoy doing. Of course the health benefits are some of the most important things to focus on.

– The general posture of the body is improved with the creation of a strong and flexible spine.

– Improvement of blood circulation to the whole spinal and para-spinal area.

– Enhancement of musculoskeletal functions of the upper and lower limbs.

– Metabolism of the body is improved.

– Activation of the sluggish neuroendocrine system.

Practicing 13 Suryanamaskar rotations a day has proved to have a positive impact on enhancing the cognitive functions of the brain while also relaxing the mind.

Suryanamaskar when coupled with chants, helps to provide the proper balance between body, breath, and mind. Chanting mantras while performing Suryanamaskar helps to develop spirituality and establish a deep sense of gratitude towards life, thereby providing an absolute peace to the mind and the soul.