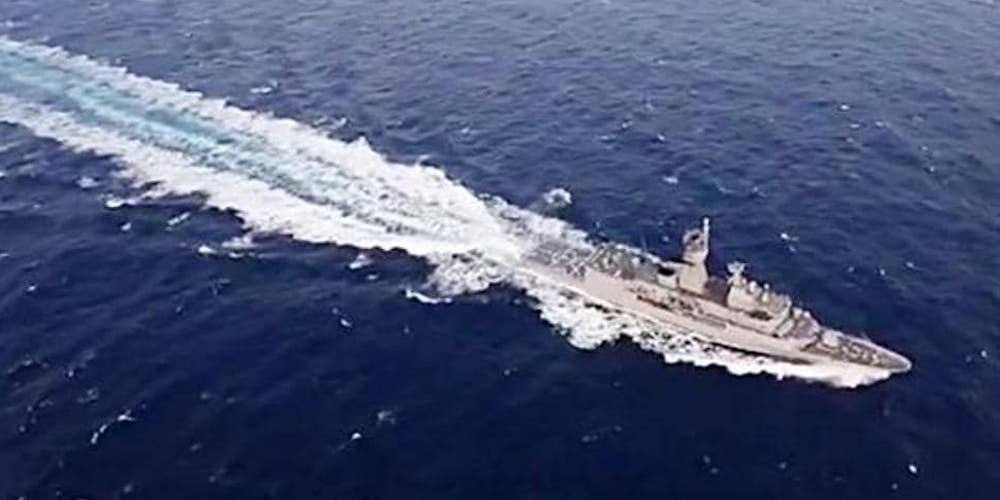 It does not need any elaboration that Sea-power has always influenced history. Empires have risen and fallen as they lost command of the seas, whether it was Persian or that of Napoleon or that of Great Britain. In fact, India was global player as long player as long as it had maritime interactions from Zanzibar off the coast of Africa, to the shores of the Arabian Peninsula, all the way through the Andaman Sea to the mainland and islands of South East Asia through people, faiths, ideas, mythologies, art, architecture and goods. India’s decline started when, under the Mughal rule, it became land-centric.

Of course, things are now changing. Given the changing geopolitical and geoeconomic realities, India started rediscovering virtues in the sea-power in the early 1990s, with onset of former Prime Minister Narasimha Rao’s Look-East policy. All the successive governments since then have taken the policy forward and expanded its scope. So much so that today India is considered as an indispensable part of the Indo—Pacific, the region of the modern world’s growth-engine.

Viewed thus, securing our maritime power or interests is vital responsibility of the Indian Navy. Prime Minister Narendra Modi has stressed on five vital aspects of India’s maritime security. These are : Removal of barriers for legitimate maritime trade; Settlement of maritime disputes peacefully and only on the basis of international law; Collectively address natural disasters and maritime threats by non-state actors; Preserving maritime environment and maritime resources by addressing ocean pollution, oil-spills, over-fishing, and increasing cooperation in ocean science; and Encouraging responsible maritime connectivity based on sustainability and absorption capacity of countries.

Modi has also outlined the vision of SAGAR (Security and Growth for All in the Region) wherein India called for a free, open and inclusive order in the Indo-Pacific, based upon respect for sovereignty and territorial integrity of all nations, peaceful resolution of disputes through dialogue and adherence to international rules and laws.

India’s concept of the Indo- Pacific is inclusive in nature. It supports an approach that respects the right to freedom of navigation and over flight for all in the international seas. India’s approach is based on cooperation and collaboration, given the need for shared responses to shared challenges in the region.

And when one talks of the shared challenges of the region, these include also the non-traditional threats to the security, including the natural disasters and environment. And it is a matter of great pride that the Indian Navy has carried out this role with great distinction.

India has been called upon to respond to situations in our extended neighbourhood many a time. This is a demonstration of solidarity with partners and of commitment to the principles of humanitarianism as well as our civilisational belief in the philosophy of “Vasudhaiva Kutumbakam” (the world is one family) that teaches that alleviating suffering is central to reducing insecurity and building trust and confidence of all.

Some recent operations conducted by the Indian Navy include those in Sri Lanka following Cyclone Roanu in 2016 and floods in 2017; in 2017 and 2018 to assist Bangladesh which had received large number of displaced persons from Rakhine State in Myanmar; following natural disasters in this region such as Cyclones Sidr, Nargis, Phailin, and Mora. India has deployed assets for humanitarian operations in an arc that extends from Banda Aceh to Indonesia, and even further beyond to Fiji, all the way to Mozambique.

If we go back a little further, in the aftermath of the Indian Ocean Tsunami (2004), Indian naval ships, aircraft, helicopters, and personnel – 32 naval ships, 7 aircraft and 20 helicopters – were deployed in the Indian Ocean region for rescue and relief. This included military assets deployed within its own territory such as Tamil Nadu, Andhra Pradesh and Andaman and Nicobar Islands. The Indian Navy managed to carry out missions in Maldives (Operation Castor), Sri Lanka (Operation Rainbow) and Indonesia (Operation Gambhir) effectively by deploying its assets swiftly, without much delay.

It may be noted that when the island nation of Maldives faced a national contingency that occurred due to fire on December 4, 2014 in its desalination plant – this plant produces drinking water for Male – INS Sukanya, on patrol off Kochi, was diverted pronto to arrive Male the next day. The ship carried 35 tonne of fresh water and has the capability to produce 20 tonnes of water every day. Additionally INS Deepak, a large fleet tanker with 900 tonnes of water also sailed from Mumbai and reached on December 7, 2014. The Ship had the capability to produce drinking water using their desalination plants (INS Deepak is capable of producing 100 Tons water every day).

Coming to the present times, take the case of the Covid pandemic, which locked down an entire planet, destroyed lives, claimed livelihoods, closed schools and educational institutes, and accentuated fault lines in many environments. The pandemic demonstrated, like few other events could, the importance of our capacity to mount HADR operations, and assist each other.

In other words, the Covid pandemic has highlighted another imperative of a multipolar world – the need to work together an expanded concept of human security that takes a broader view. The Indian navy realises this added responsibility very well. With its active involvement and leadership, the “Indian Ocean Naval Symposium” today is proving to be a great help in enhancing HADR, Maritime Security and Information sharing and inter-operability. This expanded concept of maritime security has been devising a new set of measures and arrangements that are based less on the traditional concept of a military alliance and more on a cooperative approach, on prevention, on sharing of information, and, on promoting inter-operability across state borders.

If India envisages itself to be an influential-cum-constructive stakeholder and if it aspires to fulfil its foreign policy/diplomacy objectives in the Indo-Pacific region, it clearly needs to enhance its goodwill among the people and governments alike among countries in the region through soft power projection. In this endeavour, close cooperation with the other stakeholders, including the major powers and smaller indispensable players, in resolving environmental security issues including natural/human-made disasters and climate change, will play a crucial role. And the main player in this regard will be the Indian Navy only.